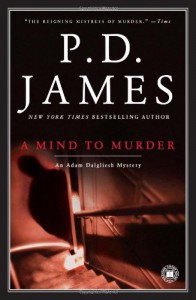 here's a little story for you...

so a famous San Francisco lobbyist - a lively raconteur, a darling of the media, and an infamously debauched homosexual - had a birthday celebration. because this was a man who helped build the careers of many politicians, his birthday party was a rather public affair and was heavily attended by the local glitterati, including our illustrious mayor. this turned out to be an exceedingly unconventional event: activities included the carving of satanic symbols on various 'models' and the insertion of a Jack Daniels bottle up the host's anus. naturally, the media became quite absorbed by the spectacle and - in particular - the guest list. reporters began interviewing local politicians and power-brokers, and most of the interviewed denied being in attendance. happily, Mayor Willie Brown had a rare flash of honesty, and in his interview, responded along the lines of:

"Well of course I was there. Everyone was there. But by this time tomorrow...no one will have been there at all."

the true story above is also a completely spoiler-free clue to solving the mystery of A Mind to Murder - delivered to you free of charge!

PD James' early novels featuring detective and poet Adam Dalgliesh are straightforward, old-fashioned murder mysteries. although i missed the complexity and richness of her later narratives, her steady hand at plotting, psychological & emotional acuity, and ability to evoke a very specific atmosphere and setting were apparently intact at the start of her career.
Tweet
974 BOOKS